Hey Candidate, You Can’t Always Use What You Want!

Another national election is upon us and with each advertisement, arena event, train stop and rally, candidates pair music with the themes and messages of their campaigns.  However, the candidates’, particularly Trump’s, use of these hits has come under fire by the artists who write and p 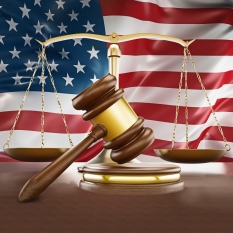 erform the songs.  Artists, including Neil Young, Aerosmith, Survivor and, most recently, the Rolling Stones, have demanded that Trump cease and desist using their music in the past few months.

The artists objections are commonly based on politics that conflict with their own ideologies, or that of their fan base.  For example, in 1994, Bruce Springsteen famously denied Ronald Reagan’s request to use “Born in the U.S.A.” as a theme song about for Reagan’s bid for the White House.  Springsteen’s “Born in the U.S.A.” was a song about the plight of a Vietnam veteran and he apparently did not want it turned into a patriotic rallying cry for a candidate he spoke out against during that campaign season.  In 2016, Trump has used, or tried to use, Neil Young’s “Rockin in the Free World”, Aerosmith’s “Dream On”, Adele’s “Rolling in the Deep” and the Rolling Stones’ “Start Me Up” as part of his campaign.   All of these artists immediately, and very publicly, demanded Trump cease all use of their songs…some using their objection as a chance to rail against the candidate in a more general sense.

While the candidate almost always immediately, and wisely, ceases using the song that the artist objects to, the question lingers as to what would happen if the candidate continued to use the song over the objection of the artist.  Practically, the candidate would make himself/herself the target of someone who has a large publicity platform, and could ultimately shine a negative light on the candidate.  Legally, however, the artist has effective tools to stop the candidate from using their songs.

When the artist/writer puts pen to paper and creates an original work of authorship, the artist/writer has a common law copyright in that creation.  However, in order to establish a date for when the work/song was created, the artist should then register that work/song with the United States Copyright Office.  Registration of the work/song is inexpensive and can be done through the U.S. Copyright Office’s official website.  The important benefit of registering the song/work is that it establishes the date an artist created the work, so as to defeat claims by a person claiming a similar work at a later date.

It is important to note the artist only has protection for certain elements of a song.  The melody and the written lyrics of the song are enforceable protections under Copyright law.  However, the title of the song, basic chord progressions, and the general concept of the song are not protected.  Lines within lyrics are often not protected as well.  The gist of the protection is to protect the entirely of the lyrics, not just a line like “I love you more each day.”

How to Protect the Song/Copyrighted Work

While the creation of the song creates a protectable property and registration of that song with the U.S. Copyright Office establishes a date of creation, work still needs to be done to protect the song/work from use and copying.  When the artist becomes aware of a potential infringement (or copying) of the song/work, the artist should demand that the infringer cease and desist using the work.  If that does not stop the offending activity, the artist should file a complaint with a court of competent jurisdiction seeking to enjoin (stop) the offending party from using or copying the work during the pendency of the litigation and ultimately to permanently enjoin the offending party from ever using the work, along with money damages.  Once in litigation, the creator, in the case of use by a candidate, will have to show that the offending party used the work without a license or authorization or, in the case of another artist infringer, that the work is sufficiently similar to the original work, often through the testimony of an audiology/music expert.  In addition, the creator may also seek to show that, in the case of a candidate, use is creating public confusion, meaning that by the very use of a song at the campaign event, the public believes that the artist is endorsing the candidate.

Alternatively, if the creator artist is willing to allow the offending artist to use the song/work, or a protectable portion thereof (e.g. a “sample” of the work), the creator can license the work to others in return for payment (often calculated on a per use basis).  Licensing is common in both the world of politics and in the world of music.  A campaign can contact the person/entity who owns the song and request, or pay for, use of it.  An artist can do the same, usually in return for royalties.  How often have you heard a song reimagined, “covered” or “sampled”?  In most of those cases, a royalty or license has been agreed upon.  Where the “covering artist” or “sampler” fails to get the writer/artist’s agreement, litigation often ensues, not only leading to the original writer/artist obtaining damages for things such as the profits from the new artist but also a stain on the reputation of the new artist.

Regardless of the artist’s ideology, he/she should protect their song/work from anyone and everyone who seeks to use it.  Whether the artist supports the candidate seeking to use their work or is ideologically opposed to the candidate and his/her use, the artist should take action, either to halt the unauthorized use or to license the work.  Then, in the end, “you get what you need.”

Jeffrey A. Cohen is a member of Flaster Greenberg’s Litigation, Intellectual Property, Corporate and Real Estate Practice Groups. He has been a trial attorney for more than 23 years, counseling and representing a diverse range of clients in matters related to commercial contracts, shareholder and partnership agreements, trademarks, copyrights, patents, including Hatch-Waxman, insurance coverage, franchise disputes and commercial construction.

Tagged: 2016 Presidential Election, Adele, Aerosmith, copyright, Copyright infringement, Donald Trump, Dream On, how to get a copyright, how to protect a song, How to Protect the Song/Copyrighted Work, Neil Young, Rolling in the Deep, singers guide, songwriters guide, the Rolling Stone, the rolling stones, U.S. Copyright Office, USA, You Can’t Always Use What You Want!