It’s Her Party, But Can Miley Cyrus Write What She Wants? Miley Cyrus Sued for Copyright Infringement Over 2013 Hit We Can’t Stop 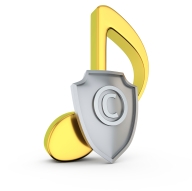 Miley Cyrus topped the 2013 charts with hit song ‘We Can’t Stop,” which begins with the lines “It’s our party we can do what we want, It’s our party we can say what we want, It’s our party we can love who we want” but a new lawsuit, filed on March 14, 2018 in the United States District Court for the Southern District of New York, suggests that while it may be her party, the song may not contain her lyrics.  Jamaican artist Michael May, who performs under the stage name Flourgon, has asserted that Ms. Cyrus, and her co-writers, producers and distributors infringed on a line from his 1988 song “We Run Things.” In particular, May’s song contains the lyric “We run things. Things no run we.”  May claims that Cyrus’ lyric “We run things. Things don’t run we.” infringes on May’s earlier lyric.

May asserts in his lawsuit that Cyrus’ song owes its “chart-topping popularity and its highly-lucrative success” to May’s lyrics and that “the entire theme of ‘We Can’t Stop’ would be hollow in sound and impact.”  May further also cited a 2015 interview by co-writer Theron Thomas, where he indicated that his music is influence of Caribbean culture as proof that the lyrics were copied.  May is seeking to enjoin Cyrus from selling, distributing and performing “We Can’t Stop,” as well as monetary damages.  While the complaint does not specify the exact amount sought, his attorney told CNNMoney that $300 million would be “reasonable compensation.”   What a mench.

What is Copyright Infringement?

For those of you unfamiliar, a copyright arises from the creation of an original work that is fixed in a tangible medium of expression, described as “when its embodiment in a copy or phonorecord, by or under the authority of the author, is sufficiently permanent or stable to permit it to be perceived, reproduced, or otherwise communicated for a period of more than transitory duration.”  While the mere creation of the composition is enough to establish a copyright, registration affords the author/publisher additional protections. The courts often look to whether the composition contains a minimal spark of creativity. The spark can be in the chord progression, rhythm, melody or lyrics. In order to establish the infringement, a comparison of the songs must be done, often by an expert, and a judge or jury must then determine if such an infringement, or unauthorized borrowing or use of the same chord progression, rhythm, melody or lyrics, has occurred. Since such proof is often subjective to the fact finder, most cases are resolved prior to a final determination in Court.

Copyright disputes between musicians, writers and publishers have been part of the music landscape for decades. In 1971, former Beatle George Harrison had a number 1 single on his hands with ‘My Sweet Lord.’ Yet, while that single was still in heavy rotation, Harrison was hit with a lawsuit by publisher Bright Tunes Music, which held the rights to the Chiffons’ 1963 hit ‘He’s So Fine,’ written by Ronnie Mack. Harrison tried unsuccessfully to settle the matter and, ultimately, lost at trial, having to pay Bright Tunes damages in the amount of $1,599,987! As only a former Beatle could, Harrison did, however, turn the experience of tortuous litigation into another hit called ‘This Song.’

More recently, Robin Thicke, Pharrell Williams and Clifford Harris, Jr. were found to have infringed on the work of Marvin Gaye, in particular the song ‘Got To Give It Up.’ Thicke, Williams and Harris pre-emptively filed suit against the Gaye family and Bridgeport Music, in an attempt to have the court determine Thicke and company had not infringed on Gaye’s work. The suit backfired, with the Court finding that Thicke and company infringed on Gaye’s work and awarding $5.3 million in damages.  Thicke and company have appealed to the United States Court of Appeals for the 9th Circuit where they argued that there can be no infringement for a “groove,” which it sought to differentiate from a lyric, rhythm, etc.  No decision has been reached by the 9th Circuit as of yet, but Thicke, Williams and Harris have a tough road ahead to overturn the lower court’s verdict.  On the other hand, Taylor Swift prevailed in a California copyright dispute earlier this year with facts similar to those in the Cyrus action.  The plaintiffs in that action alleged that Swift’s lyrics in the hit “Shake it Off” infringed on the lyrics to their song  “Playas Gon’ Play.”  Swift’s lyrics included the phrase “[T]he players gonna play, play, play, play, play and the haters gonna hate, hate, hate, hate, hate.” which plaintiff compared to its earlier lyrics  “Playas, they gonna play / And haters, they gonna hate.”   The presiding judge summarily dismissed the complaint against Swift stating “The allegedly infringed lyrics are short phrases that lack the modicum of originality and creativity required for copyright protection.”

As recently as this past January, Lana Del Rey tweeted that Radiohead was bringing a lawsuit against her claiming that her song, “Get Free” infringed on Radiohead’s hit 90s song, “Creep.” To date, no such lawsuit has actually been filed, although Radiohead’s lawyers have admitted to being in discussions with Del Rey’s representatives where they requested that the band be credited on Del Rey’s song.

Does May Have a Case?

After reviewing the lyrics and listening to both songs, May has a significant uphill battle in his copyright dispute, if the New York court follows the precedent of the California Court.  As with the Swift case, this dispute involves only a seven-word line in a more substantial composition.  While the lyrics are very similar, with six out of the seven words being identical, the Court will likely find the allegedly infringing lyrics in Cyrus’ song are merely short phrases that lack the modicum of originality and creativity required for copyright protection.”

While the outcome will likely favor Cyrus, if the Court were to rule in May’s favor, a $300 million award is very unlikely.  Copyright infringement damages fall into three main categories…actual damages, profits and punitive damages. Damages are governed by 17 U.S.C. § 504(b), which provides that “The copyright owner is entitled to recover the actual damages suffered by him or her as a result of the infringement, and any profits of the infringer that are attributable to the infringement and are not taken into account in computing the actual damages. In establishing the infringer’s profits, the copyright owner is required to present proof only of the infringer’s gross revenue, and the infringer is required to prove his or her deductible expenses and the elements of profit attributable to factors other than the copyrighted work.”  In addition, the Court may impose punitive damages, in an amount in excess of the actual damages and profits.  Without proof that Cyrus’ song caused him to lose money and opportunity, May, if victorious, would likely only receive Cyrus’ profits, which would likely be exponentially less than the $300 million suggested by May’s counsel.

Jeff Cohen is a member of Flaster Greenberg’s Litigation, Intellectual Property, Corporate and Real Estate Practice Groups. He has been a trial attorney for more than 23 years, counseling and representing a diverse range of clients in matters related to commercial contracts, shareholder and partnership agreements, trademarks, copyrights, patents, including Hatch-Waxman, insurance coverage, franchise disputes and commercial construction.